It had lain there for approximately six years and most sane people would have left it there (see photos!) However, due to unimaginable foresight and vision, it was purchased without hesitation and so began its journey – both physical and spiritual. 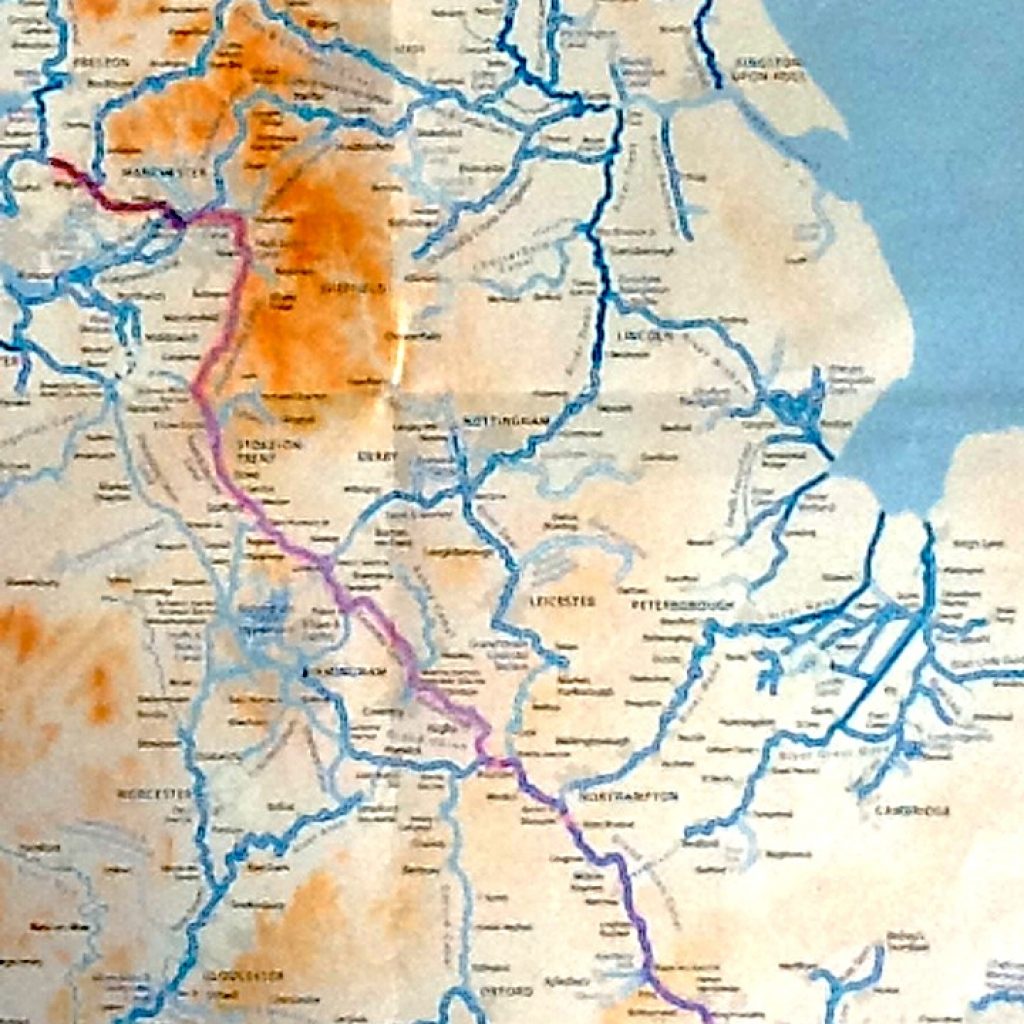 In October 2012, it was craned into the water and began a journey to London, consisting of around 300 miles and 300 locks. Lapwing travelled on the Leeds and Liverpool Canal, the Ashton Canal, the Macclesfield Canal, the Trent and Mersey Canal, the Coventry Canal, the Oxford Canal and the Grand Union Canal, and cruised through some of Britain’s longest and lowest tunnels: Harecastle, Braunston and Blisworth. Lapwing never faltered and completed the journey without incident in a mere five weeks. It was then that we realized what a Trojan this vessel was!

After researching the history of Lapwing, we discovered that the boat was part of Willow Wren’s fleet of wooden top hire boats, and was built in the 1960s by Hopwood Craft Ltd based on the Worcester and Birmingham Canal. As a consequence, we have retained the traditional colours of Willow Wren to restore it to its former glory days!

The restoration of Lapwing began in January 2013 in a variety of venues in London. Initial work began in Paddington where it was relieved of six years of mud and sludge and the ballast was fitted. It was then taken to Denham where welding, blacking and grinding took place. Following this, Lapwing took its maiden voyage on the Thames from Limehouse to Poplar, where it was fitted out to become a trip boat. Lapwing then miraculously carried us safely down the Thames from Poplar to Brentford, via all the famous London landmarks, despite being constantly bombarded by three foot waves shared by passing clippers!

The project was finally completed in June 2013 – see complete restoration photos in the Gallery, and we would like to take this opportunity to thank those who were instrumental in this: Wayne and Richard from Wigan, Tom, Will and Jim, Pete, Glenda, Ed and Jason from London, Ian from Barnsley and Dom from Liverpool. We would also like to thank Aunty Ann for her support, and finally to Sue, without whom this project would not have been possible.